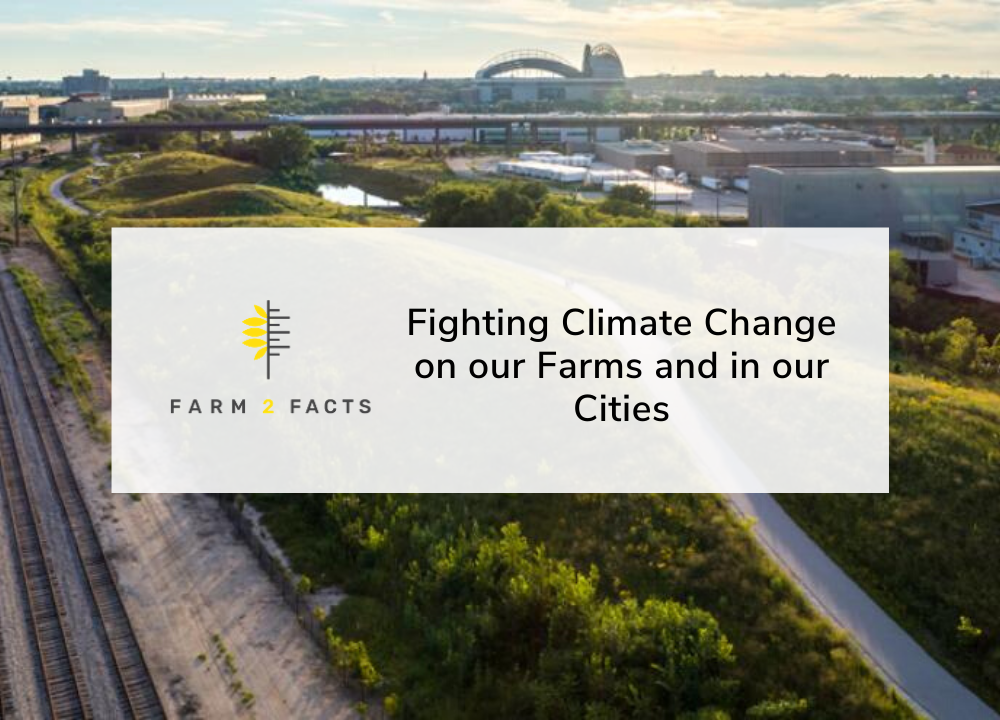 Climate change is a frequently discussed issue, but the path to reverse it can feel overwhelming. However, not every solution is radical. Some of the best ones use resources that have always been available.

The article “Natural Climate Solutions” by Catie DeMets, published in the Wisconsin People and Ideas magazine, discussed how solutions such as “land conservation, restoration, and management practices that work to capture and store carbon found in greenhouse gases such as carbon dioxide and methane” could make a serious positive impact. In fact, the article cites a study published by the Proceedings of the National Academy of Sciences that found that natural climate solutions could provide up to 37% of the emission reductions needed to keep global temperature rise under 2°C by 2030.

DeMets writes that much of the infrastructure necessary to expand these initiatives already exists. Two of the main methods are climate-focused agriculture and urban greening.

Diane Mayerfeld, the Senior Outreach Specialist at UW–Madison’s Center for Integrated Agricultural Systems, said that in the state of Wisconsin, huge amounts of carbon used to be stored in the soil of the diverse prairies which once dominated the landscape. Today, the landscape has been transformed for agricultural uses. In Wisconsin, 42% of the land is used for agriculture according to the USDA. Therefore, agriculture makes a very significant impact on natural resources. In the article, Fred Clark, the executive director of Wisconsin’s Green Fire, says farms can serve as a net carbon source and contribute to climate issues, or as a carbon sink to help reduce carbon emissions. In particular, soil has the potential to store many different elements and minerals including carbon.

Some farming practices that emit carbon include intensive tillage and the use of broad-spectrum agrochemicals, which damage the soil’s carbon storage capacity. These are often used by large-scale operations which also emit greenhouse gases to operate their machinery. To act as a carbon sink, farms can minimize soil disturbance by using targeted weeding and planting nutrient fixing crops which increases the soil fertility and helps it to store carbon. Farms can also grow perennial agriculture which would fix carbon in the soil for the whole year rather than other “staple” crops such as corn and wheat which only grow for half of the year, and for the other half of the year allow soil to lose carbon during the times when they are not growing. More details on how crops keep the carbon in the soil and new developments of crops which could fix carbon the entire year are in the article!

Natural climate solutions such as agriculture and urban planning which prioritizes environmental concerns are known strategies for optimizing landscapes’ natural ability to capture carbon. Avoiding a climate disaster isn’t all about making fancy gadgets; it’s about changing what we already have to work with nature, instead of against it.