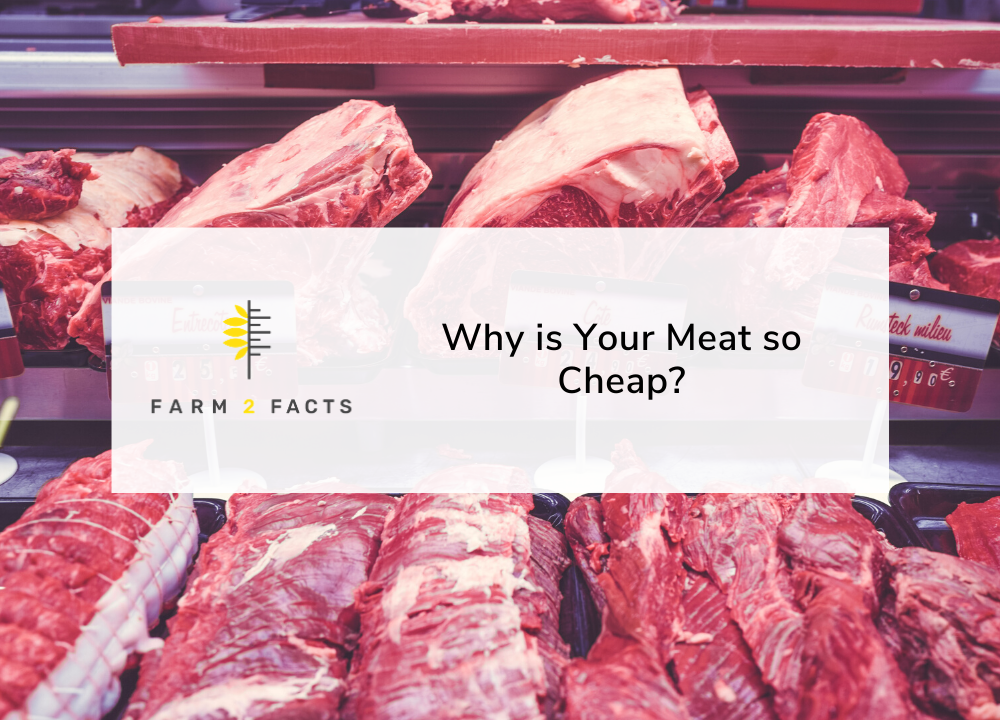 Meat is an undeniable cornerstone of American culture. The quintessential American summer day is hard to picture without a smokey barbecue or juicy burger. This is in part because meat in the U.S. is moderately priced when compared to Europe or Asia, where prices are frequently twice as high. Around the world, demand for cheap meat has risen, and this popularity has been met with an enthusiastic response in production. In the past four decades, unmatched levels of centralized processing and intensive meat farming has caused a dramatic increase in meat output. Given that raising livestock requires additional resources compared to growing produce, why is meat so cheap? Does the cost of your meat actually show up in the price?

In the past few decades, we have seen a shift from small, family-owned farms to large farms with corporate contracts. These farms operate under the CAFO model: Concentrated Animal Feeding Operations, or better known as “factory farming.” CAFO farms were created to extract a high level of profit from each plot of land, by using closer animal confinement, animal specialization, and larger facilities.

Intensive animal farming presents challenges of ensuring both health for the livestock and safety of products.
These densely packed farms create worse living conditions for animals and generate huge amounts of manure. In fact, llarge farms can produce more waste than some U.S. cities! While manure in smaller farms can be environmentally positive since they emit less greenhouse gases than artificial fertilizers, many corporate farms do not grow their own feed, so the excess manure cannot be used as fertilizer. Overapplication of manure ground application can overload the ground with micronutrients, or it can run off and leach into the groundwater. Of course, this pollution does not show up in the price of meat.

Instead, residents surrounding a factory farm are made to pay through decreased living quality. The air quality is compromised for those living close to a factory farm. While proponents of CAFO farms often claim to benefit the surrounding region’s economy, property values drop when a CAFO moves in next door. Jobs and tax revenue are also sacrificed as small businesses shut down due to corporate consolidation.

The lower price can also be explained by the higher risk to consumers. Centralization of meat production leads to greater potential for outbreaks. The largest documented outbreak of foodborne illness in the U.S. affected 197,000 people with salmonella in 1995. The cause was improperly pasteurized, widely distributed milk from a centralized dairy farm.

Lessons from COVID-19 have shown us that a centralized, globalized food system is not resilient in times of crisis.
A long food production chain, where each step relies on many imports for inputs to production, is more likely to break when any part of the chain stops working. When this chain includes a corporation which produces large quantities of meat, the impact of a broken chain will affect more people.

The huge, globalized meat economy contributes to the crowding out of small farmers, and under-compensation of farm workers.
Although the meat economy has become more “efficient,” it is motivated by the market rather than feeding people. Because animal feed is a major input into meat production, plots of land which used to grow crops for the local population have been taken up by cash crops that are used as feed. In many Latin American countries, land which was once used by local farmers to grow food for the local population has been privatized, and taken over by transnational corporations.

This globalized meat economy, which includes factory farms as well as the production of their many inputs, also employs workers at inhumanely low wages. In the U.S., decades of federal policies have subsidized production of corn and soybeans, allowing meat companies to purchase feed at far below what it takes to produce it. These policies have hurt corn and soybean farmers and workers, who have been forced to face many years of low prices for their crops.

Just how much your meat costs is a difficult question. Listed below are resources for those interested in learning more about this topic. One way to reduce the negative impact of meat consumption is by supporting local meat producers. You can find smaller and often family-owned operations at your local farmers market.